We here at Level Up are picky about our controllers, to say the least. The Nintendo 64 controller is notoriously awkwardly shaped, hard to use, and literally difficult to hold. For me, it ranks right under the Resident Evil 4 Chainsaw Controller, which still is somehow the least comfortable controller to actually try and use.

Thankfully, a few companies have picked up that there may be a better way to do this and have introduced some better form factors for more comfortable gaming sessions. Below are a few of these options, all of which we keep in stock in a variety of colors (because that’s half of the fun of the N64 controllers, right?). 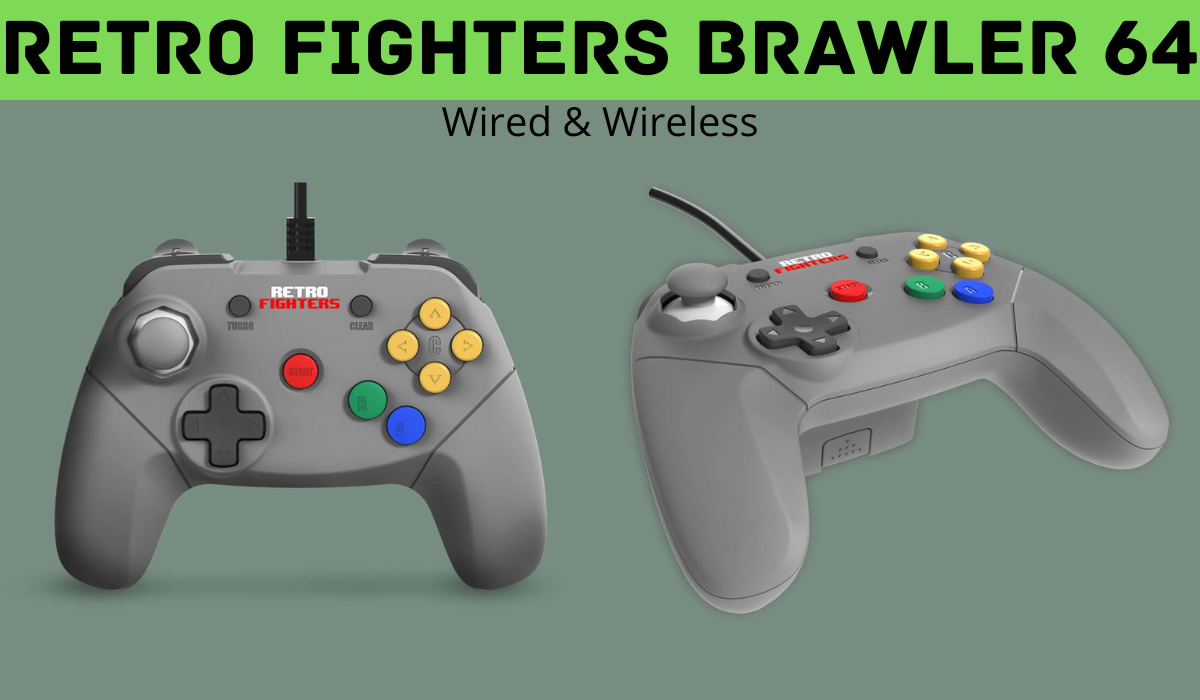 Retro Fighters was born out of a 2015 Kickstarter campaign to improve upon classic controller designs with a modern Xbox 360-style form factor, and they happened to nail it. The controller features a classic 6 face button layout, C-buttons included, as well as a modern analog stick mechanism, a more accessible and well-made d-pad and two Z triggers (one on each side where you would traditionally have a trigger button) so you can use either hand.

Originally conceived for fighting games and giving a more traditional layout/feel, these controllers work great for the entire N64 library and deserve a place on your shelf for extensive use. The wireless model includes a modern 2.4 ghz wireless receiver that plugs into the console itself and has a slot for a controller pak for games that need it, while the wired version includes a port for the pak on the controller itself, with the additional capability of being able to use Rumble Paks. Both versions are available in a variety of colors. 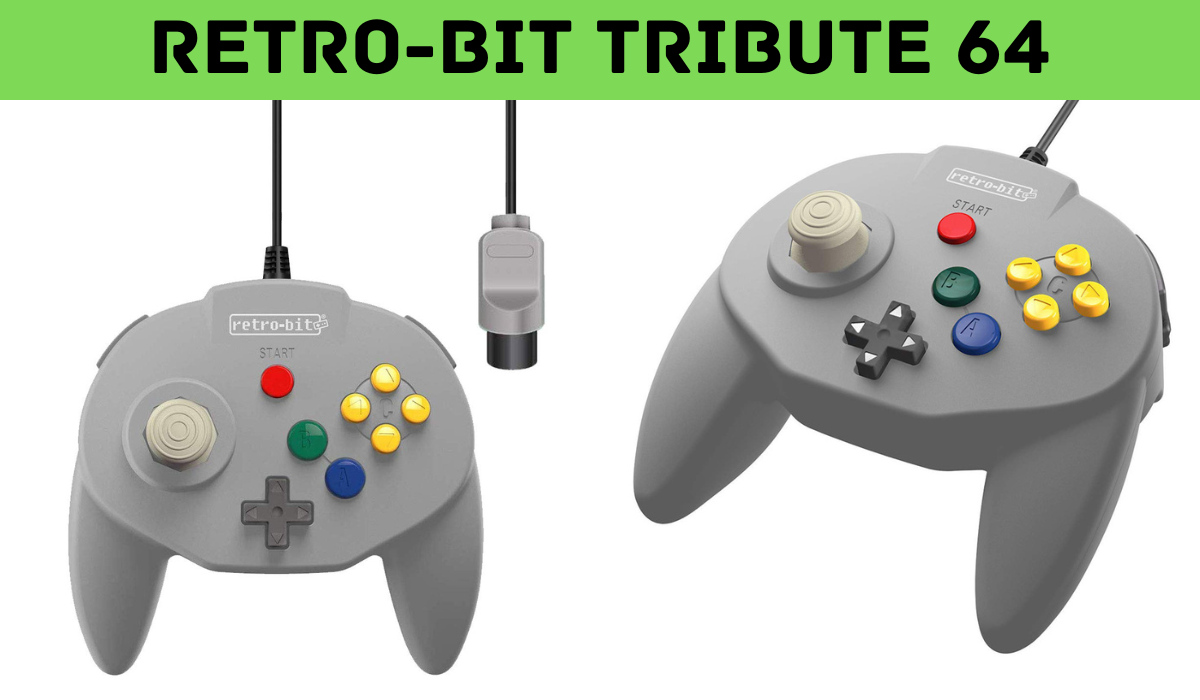 Back during the N64’s original run, acclaimed controller manufacturer Hori created a version of their now long-running HoriPad line of controllers, and completely changed the form factor for the N64 controller called the HoriPad Mini. Unfortunately, Hori stopped making these after the N64 went out of style, but Retro-Bit has picked up the torch with their Tribute 64 controllers.

Shaped like the HoriPad Mini, it features a round shape, evoking a Dreamcast or original Xbox Duke controller, with most of its buttons close together. The (of unused) d-pad is dead center for when it’s needed, but otherwise the controller fits nicely in your hands. It also features dual Z-triggers for ease of use. A great alternative to the original design, these controllers are best suited to people with smaller hands, but in a lot of ways feel better than the original design no matter what. 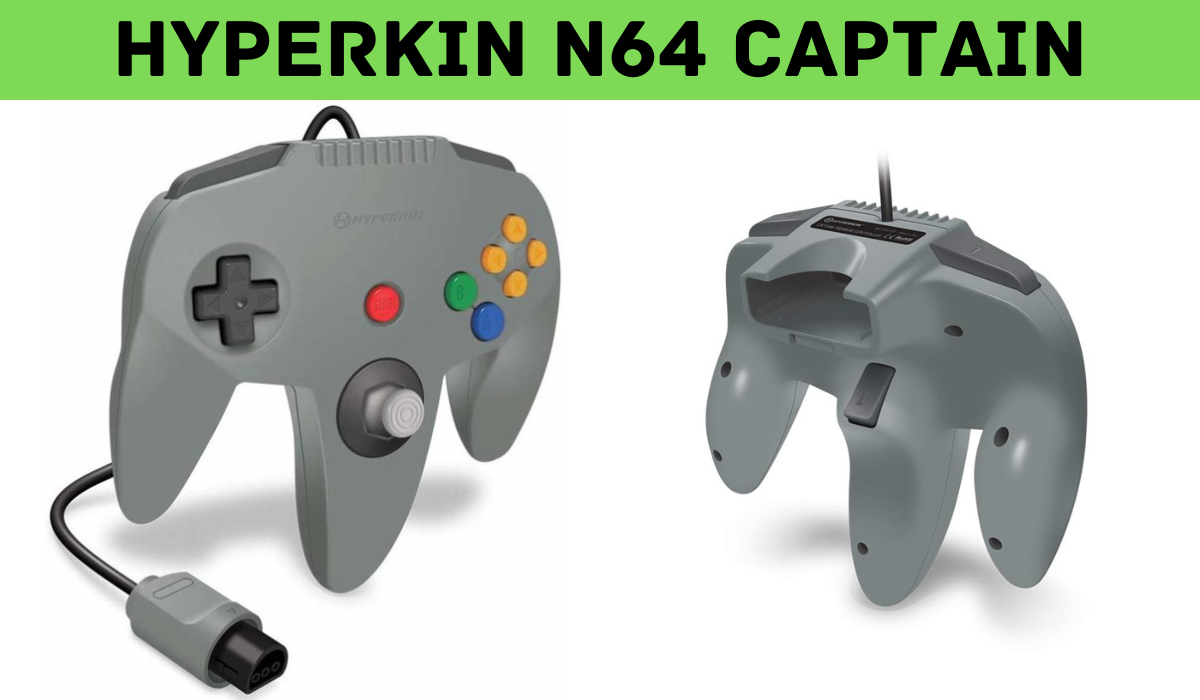 Maybe you happen to enjoy the original N64 controller design? While maligned by many, there are definitely some that both remember it fondly and think of it as the “true” way to experience N64 games. This doesn’t mean you need to deal with an old loose stick mechanism and a controller that’s seen the worst of it.

Hyperkin made a replica of the original N64 shape that is also well built, feels good to use, and will hold up to heavy use. It supports memory and rumble paks, and gives you that full nostalgic feel. Available in a variety of colors.

For some people, nothing can beat the original. But that doesn’t mean you have to deal with your old worn controllers. We refurbish original controllers to make sure they don’t end up in landfill, replacing sticks when necessary, and making sure they’re performing like brand new.