Taking a break from our usual discussion about games, we thought we'd take a few moments to focus on the machines that play them. Here's a few helpful hints from a Gaming Expert on how to keep your consoles running at maximum efficiency! 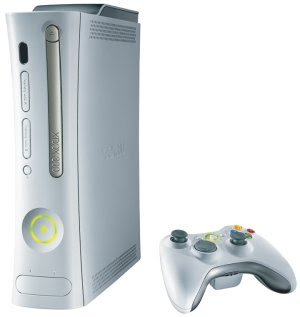 Xbox 360- This one has quite a few idiosyncrasies to keep track of, first of which is to ALWAYS lay your console on its side. This allows for the hot air building up inside the system to escape the easiest. Since heat rises, if you have your console standing straight up the hard drive on top does not allow heat to escape, possibly leading to the system overheating and causing the 'Red Rings of Death'. Also, make sure you never put your system directly onto carpet, as that will also prevent proper ventilation from occurring. If you have something you can put under the system to elevate it a little ways off the floor, that's even better.

Second tip is to NEVER touch your console while it's playing, as this can lead to ringed discs. What happens is that when the console is moved or tilted while a game is being played, the disc gets knocked into the laser itself as it's reading the game. This is why these particular scratches are perfect circular rings, as well. While this type of scratch is repairable, it's difficult and there is not a 100% success rate, so it's best to take preventative measures!

Last tip for the 360: if you have an Intercooler or some other external cooling system on your Xbox, make sure that it has an external power source. Ones that draw power directly from the 360 itself have been known to possibly cause 'Red Rings' as well! Keep in mind that all of these tips are for the original 360's and Elites; it doesn't apply to the new slim models, as they are designed slightly differently. Although, it couldn't hurt to use these practices on the slim, just in case. 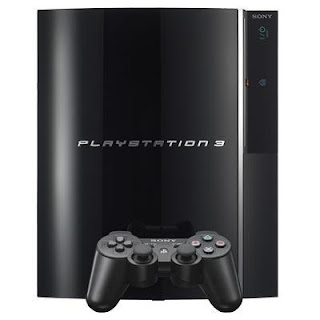 PS3-The PS3 is almost the exact polar opposite from the 360 in terms of proper maintenance. In order to get proper heat dispersion and ventilation, it should be standing up on its side, because the internal fans disperse most of the heat through the top of the system. Also, if you accidentally bump your system while it's playing, you don't have to scream in agony and prepare for a ringed disc; blu-ray discs are more resilient than DVDs, and are rather difficult to scratch. The internal drive of the PS3 is also set up differently, so the laser can't bump into the disc like it can in the 360.

While the PS3 doesn't ring discs, there is something important to keep in mind about the disc drive: when putting discs into the system, it's important not to force them in. Gently ease the disc in, and wait for the mechanism to grab it and pull it in on its own. Forcing the discs in and breaking the automatic feeding mechanism is the leading cause of disc drive failures, and the most common problem with the PS3.

It's also important to blow the dust out of the system on a regular basis, using an air compressor or canned air. You can also suck out dust with a hose vacuum gently placed on the side vents, if the dust bunnies have become dust elephants. Again, with the exception of the disc drive feeder, these practices are for the original models, and don't apply to the slim models, but again, it couldn't hurt.

While absolutely preventing all problems from ever happening is impossible with electronics, practicing these methods will greatly reduce the risk of a broken system. Remember though, that if for any reason you do end up having a problem with your system, whether it be a ringed disc or a broken feeding mechanism on a disc drive, we here at Level Up Video Games can fix it for you. However, while we are here for you, it's always better not to have to spend extra money. Hopefully, following these simple preventative measures will save you some cash!