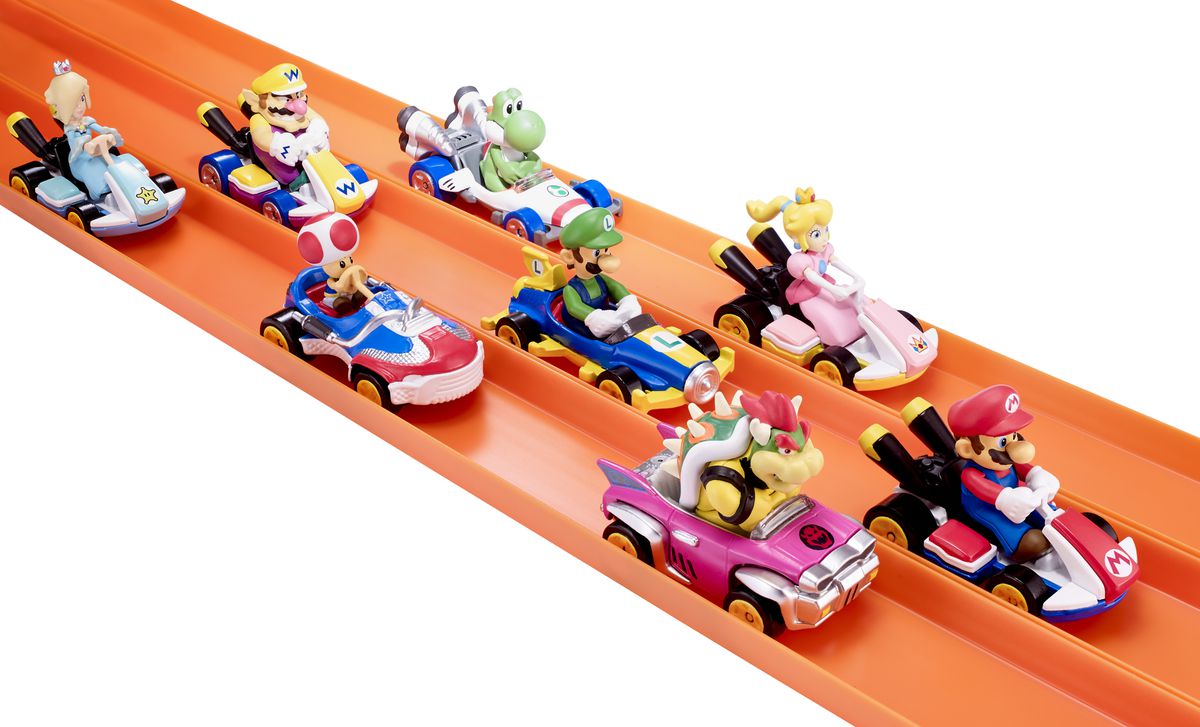 Mattel Toys announced today that they are partnering with Nintendo to produce of line of Mario Kart Hot Wheels. The Mario Kart line features Mario, Luigi, Peach, Wario, Rosalina, Toad, Bowser, and Yoshi all of whom are presented in their signature Karts. These Mario Kart Hot Wheels will be making their debut at this year's San Diego Comic Con, which runs from today until July 22nd, and will be available to preview at the Nintendo and Mattel booths.

For those of us that aren't able to make it to San Diego, fret not, they aren't available to purchase just yet. Mattel will be releasing them in June 2019 for $4.99 a piece. In addition to the racers, Mario Kart themed tracks will also be released as well. Next June can't come soon enough!