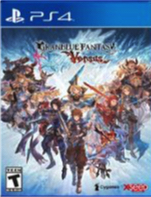 Pokemon Mystery Dungeon - Rescue Team DX (Switch): What if you woke up one day, and you were a Pokémon? You can meet and recruit Pokémon in a dungeon-crawling adventure within their world! Build a rescue team to take on mysterious, changing dungeons and strategically plan your moves as you venture forth to make the Pokémon world a safer place…and uncover your true purpose along the way. 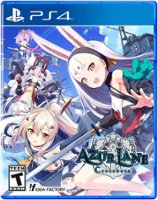 Azur Lane - Crosswave (PS4): Battle enemy ships at sea to become the top commandant in Azur Lane: Crosswave for PlayStation 4. The ability to organize your character units, equipment and formations before setting sail keeps you ready for engaging in deadly combats. Unlock and customize new characters with unique abilities by meeting special criteria as you progress in Azur Lane: Crosswave.

Black Future '88 (Switch): Fight for survival and supremacy in Black Future '88 for Nintendo Switch. This 2D cyberpunk dystopia has five distinct zones to battle the onslaught of death, while the multiplayer feature tests your wits against friends in co-op mode. Black Future '88 has multiple weapons, including a laser sword, to defeat enemies as your character evolves. 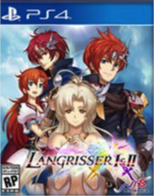 Langrisser 1 & 2 (PS4/Switch): Relive classic adventures in Langrisser I & II. The challenging gameplay tests your wits in strategic turn-based battles, and new visuals and voice acting enhance the classic experience. Langrisser I & II includes two nostalgic titles that offer hours of fun and have engaging stories with multiple endings to discover. 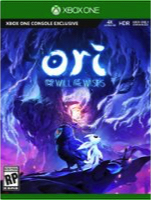 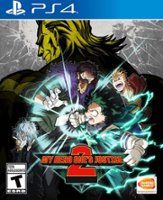 My Hero One's Justice 2 (PS4/Switch/XB1): Bring out your hidden quirks in MY HERO ONE'S JUSTICE 2. An array of 40 playable characters lets you assemble a unique team of fighters, so you can unleash devastating combos that help boost your Ultra Plus meter. Based on the hit anime series, MY HERO ONE'S JUSTICE 2 lets fans reenact epic battles between their favorite heroes and villains. 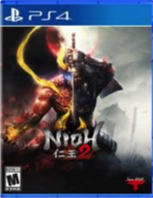 Nioh 2 (PS4): Unleash your darkness as a rogue mercenary wielding the supernatural powers of the mythical yokai in this brutal masocore action role-playing game for death is coming. Discover a revamped combat system with new weapons and skills. Journey through the mysterious Dark Realm - the demonic home of the yokai. Face the darkness in single-player mode, or team up with friends. 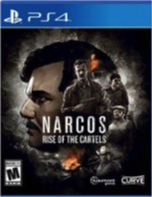 Narcos - Rise of the Cartels (PS4/Switch/XB1): Run the drug trade with El Patron or take him down in Narcos: Rise of the Cartels for PlayStation 4. Engaging story elements from the hit Netflix show feature in this game, and your decisions in hard-hitting, turn-based combat influence the plot. Upgrade your skills and enjoy exploring nostalgic locations from the show in Narcos: Rise of the Cartels. Choose to side with the DEA and fight alongside Steve Murphy to bring down the drug empire, or choose to side with the Narcos in order to help found, grow, and expand the empire under the watchful eye of El Patrón. 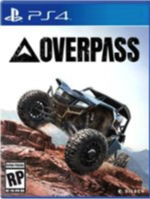 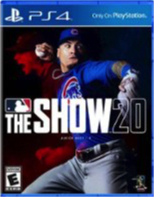 MLB The Show 20 (PS4): MLB The Show 20 is what baseball dreams are made of. New ways to play, greater customization, and more exciting new paths to rake in rewards. Write your own baseball legacy in an expansive RPG experience, or build and manage the team of your dreams to face intense online competition. The Show 20 is your ticket to play America's pastime your way. New in March to October - Strategically make your push for the postseason with expanded Front Office moves, updated Player Development, and a more flexible in-game experience.

Hell Warders (PS4/Switch): Battle alone or join forces with others to subdue demonic hordes in Hell Warders for Nintendo Switch. An arsenal of weapons lets you put up a resistance and take the fight to Hell for an immersive gaming experience. Live through the challenge of leading an ancient order of heroes to do battle in Hell Warders. 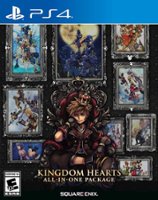 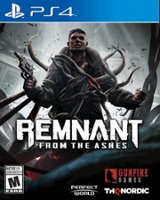 RPG Maker MV (Switch): Create games on your console with RPG Maker MV for the Nintendo Switch. It offers plenty of customization options to help you design your RPG, letting you personalize plots, characters and locations with charming 2D graphics. Games made with RPG Maker MV can be shared by players and creators online.

Animal Crossing (Switch): If the hustle and bustle of modern life's got you down, Tom Nook has a new business venture up his sleeve that he knows you'll adore - the Nook Inc. Deserted Island Getaway Package. Sure, you've crossed paths with colorful characters near and far. Had a grand time as one of the city folk. May've even turned over a new leaf and dedicated yourself to public service. But deep down, isn't there a part of you that longs for freedom? Then perhaps a long walk on the beach of a deserted island, where a rich wealth of untouched nature awaits, is just what the doctor ordered. Peaceful creativity and charm await as you roll up your sleeves and make your new life whatever you want it to be. Collect resources and craft everything from creature comforts to handy tools. Embrace your green thumb as you interact with flowers and trees in new ways. Set up a homestead where the rules of what goes indoors and out no longer apply. Make friends with new arrivals, enjoy the seasons, pole-vault across rivers as you explore and more. 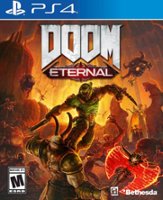 DOOM Eternal (PS4/XB1): Developed by id Software, DOOM Eternal is the direct sequel to DOOM, winner of The Game Awards' Best Action Game of 2016. Experience the ultimate combination of speed and power as you rip-and-tear your way across dimensions with the next leap in push-forward, first-person combat. Powered by idTech 7 and set to an all-new pulse-pounding soundtrack composed by Mick Gordon, DOOM Eternal puts you in control of the unstoppable DOOM Slayer as you blow apart new and classic demons with powerful weapons in unbelievable and never-before-seen worlds. As the DOOM Slayer, you return to find Earth has suffered a demonic invasion. Raze Hell and discover the Slayer's origins and his enduring mission to rip and tear…until it is done. 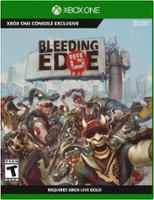 Bleeding Edge (XB1): Choose your fighter from a diverse cast of colorful characters from the edges of society: burn rubber as bold and beautiful Buttercup with her detachable saw blade arms, wreak havoc as black-metal rocker Niđhöggr with his electrifying guitar solos, or slash up the streets as Daemon, New York's most wanted assassin. The game requires Xbox Live Gold on Xbox consoles, membership sold separately. 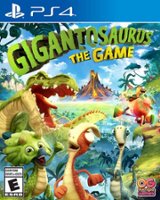 Gigantosaurus (PS4/XB1/Switch): Show yourself to be a brave leader by rescuing Giganto in Gigantosaurus for PlayStation 4. With your race kart, you can compete to be the fastest dinosaur in a super rally and reach the next zone for more gaming pleasure. Invite up to three friends over for a fun time creating cooperative adventures in Gigantosaurus. 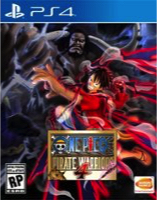